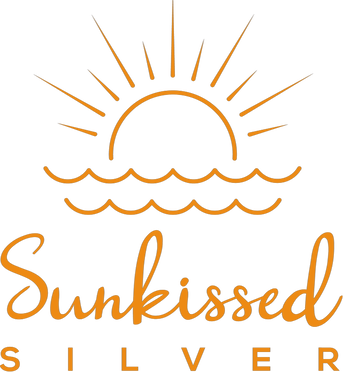 Founded 2020 in Darwin Australia, Sunkissed Silver delivers Pure Silver bohemian jewellery, designed to take you away, whether at home or abroad for any occasion. Inspired by the Australian coastal lifestyle, our tropical designs fuses fine materials with strong ethics and sustainable focus. Adding only nature's colours, Sunkissed Silver is made from Pure Silver 995 beads and charms, Sterling Silver 925 findings and consciously sourced semi-precious stones. Each collection is accessible for the free spirited gypsy hearts on a quest for new experiences and encounters.
​The Team
Sunkissed Silver is a family-owned business, led by a mother and daughters team; Anna, Olive and Ella.

The Story
In 1999, Anna first began creating and selling sculptural jewellery at The Mask, while studying at QUT. Back then, The Mask was an exciting formal store in Brisbane's 'Broadway on The Mall', known for stocking silk designer gowns and unique jewellery. Anna remembers with fondness the creative freedom she enjoyed crafting custom and commissioned pieces for many years. She later moved on to teaching in primary schools and then motherhood. Now living in tropical Darwin, Anna has returned to her love of fine materials making beautiful everyday wear jewellery alongside her daughters.

Markets
Find Sunkissed Silver at the NT Palmerston Markets during the dry season on Fridays from 5-9pm, April through to September.
Maintaining & Caring for your Silver